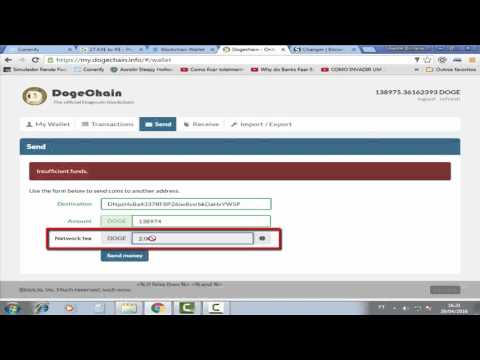 Dissecting The Moon Faucets, and When You Should Claim Them For Optimal Coin Acquisition

Dissecting the Moon Faucets, and When You Should Claim Them for Optimal Coin Acquisition (Original Study and Data Collection)

As one of the new members of the Karmacoin team acting as Project Lead along with u/cryptowho, it is my pleasure to announce Phase 2 of the Karmacoin project. We plan great things with Karmacoin in the near future. As some of you may know, "Karma" also means "action, work or deed". Phase 2 is all about action and laying the foundation for really great things in our future.


Please let us know your thoughts, suggestions, ideas, and comments below. And then let's get to work to make it happen!

Project Summary
Karmacoin is a powerful instrument in the symphony for global change. We encourage people around the world to reward friends, family, coworkers, charities and others who do good by sharing Karmacoin.
Karmacoin is, essentially, a reward system to facilitate positive responses for doing good in any capacity and to promote others to do good things.
Phase 2 Summary
In Phase 1 we saw the initial growth stage of Karmacoin . This is where we developed the idea of Karmacoin and drafted the brand elements and message.
Phase 2 evolves our initial understanding and crystallizes the vision of Karmacoin into a single, coherent message. "Doing Good is Good". Our message is that we want everyone to be able to do good through Karmacoin by making our brand and community as accessible as possible. In a way, it could be said that Karmacoin will be a facility for rewarding goodness and a way to fortify a sense of community.
Though some outsiders may see Karmacoin as a more serious version of Dogecoin we will distinguish ourselves from other altcoins by having a strong and unified brand and message. Through the directed actions by members of our community we will make Karmacoin a globally accepted currency that serves a variety of both niche and non-niche purposes.
Project Goals
The goal of any community is to grow and share experience. Karmacoin will grow its community by spreading the message of goodness through directed action, and by people sharing and using the Karmacoin currency.
The message of Karmacoin is that we can make the world a better place through our everyday actions. Karmacoin can be thought of as a reward for doing good and expressing thanks to others.
Integrating the Karmacoin message into everyday actions will ensure the spread of the Karmacoin message and currency worldwide. These actions include:
Target
Phase Schedule
Phase 2 Goals
Phase 2 Projects
Most importantly, each of the above tasks will be tested with real users during development and post-development. We will incorporate feedback from people who are not invested in Karmacoin in order to get the most effective user experience to grow our user base.
Other Phase 2 Tasks
Phase 3+ Projects
A Note: Speed is of the Utmost Importance
The relatively new cryptocurrency ("altcoin") industry highly competitive. New currencies are born daily and others may die off without much notice.
Any altcoin that gains favourability with users for trading, batering, mining, or investing must act quickly to maintain its momentum before being lost in the abyss of a volatile marketplace.
Karmacoin will position itself as the premier coin for giving and sharing and not lose any momentum gained during periods of high popularity. Following are some important points to consider:
We will leverage our brand and image to the best of our ability as quickly and efficiently as possible in order to make Karmacoin the go-to coin for all things good (before someone else does).
Branding and Message
Action 1: Chose a logo likely to be universally popular.
Reasoning - If we are to expand globally it would be wise to test out different logo designs with potential users globally. More important than polling members who are close to the Karmacoin community is to survey people who are not yet a part of it, but could be. This way, we can test our assumptions to see if they find it attractive and makes them want to participate, and whether or not it conveys the intended message and best captures the personality of what we're doing.
Action 2: Adopt the "Doing Good is Good" slogan
Reasoning - The slogan, "Doing Good is Good" is the one that has stuck with the Karmacoin community. It can therefore be assumed that it would be our top choice for market testing to see whether or not it sticks with potential users and members of the community.
Although the slogan does not convey the actual use of Karmacoin it is a message that almost anyone can agree on and, thus, a brandable marketing message.
Alternatively, we could use "Do Good. Be Great!" to convey both an agreeable action and attractive result.
Language & Memes
Suggestion: Keep special meme-like terms to a bare minimum in order to bring in as many new users as possible.
Reasoning - Growth of our community will be aligned with accessibility of the various elements of Karmacoin . One of the most important elements is language. A technical community, for example, will not attract more casual members because of the language barriers to entry involved. Similarly, a community that lacks its own language and terms may not be able to develop its own identity. Therefore, it may be wise to only introduce a couple of obvious and/or relevant terms into the Karmacoin lexicon. This is even more true in light of the success of Dogecoin and its various memes.
Memes and special terms can be kept to a bare minimum in the beginning. This will allow the community to evolve its own language naturally as it grows. The following is a proposal that simplifies the terms used for two of the most common elements of our community (people and the currency) and also minimizes any potential friction with newcomers or provides some influential outsiders, such as the media, with the idea that we are not a serious community.
Additional terms and memes will be organically grown by community members as we evolve.
Needs
We need help on everything you see above, and more! Please volunteer yourself by commenting below. The more serious we all are about making Karmacoin successful the more likely it is that we'll get there sooner rather than not at all.
We're going to make Karmacoin the coin of 2014 and you can help make it happen!
[edited March 9 for clarity and purpose] [edited March 11: "Karmacoin is, essentially, a reward system to facilitate positive responses for doing good in any capacity and to promote others to do good things." + table in Project Goals section]

Conversations with a Dev, Insight into the workings behind our coin.

As some of you may or may not know, all the devs for Dogecoin are volunteers. They contribute an awful lot of time to optimizing the coin for free, implementing all the nifty changes that the Bitcoin devs come up with & a few more on their own, and we don't feel like they get enough appreciation from the shibe community. This is a quick look at why they're so awesome and should be lauded. The dev. fund is used to pay for servers, nodes, certificates, other testing needs, and all the fun things that help keep development rolling and Dogecoin at the forefront of the world of cryptocurrency.
So, we're going to raise some doge for them. We'll be running a Dev. Support Tournament this coming Saturday, an hour before the 100k Shibe, the same time the Bunnycoin freeroll just was. It will be a Ð5k rebuy, with 1250 from each entry going to the prize pool and 3750 going directly to the Dogecoin Core Developers Fund. The site will match your donations, so it's doubly effective!
Why should you play this tournament, you ask? Well, if you've been feeling like you need a bit of an extra punch to get you over the top at the tables and the default avatars just aren't cutting it, look no further. The top two finishers in the Dev Donation Tournament will win a Qualle-drawn avatar! It will remain your custom avatar for one full year!
To the moon!

Crypto currency introduction - conversion from coin to US dollar